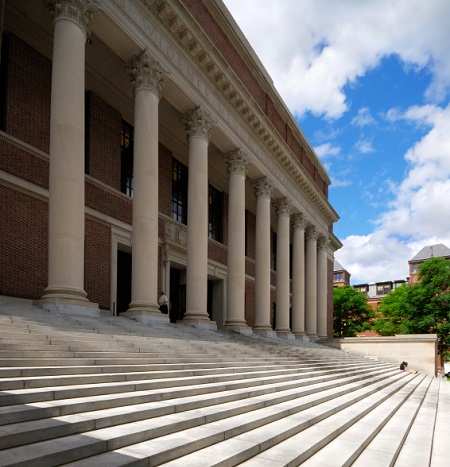 As true of virtually all educational institutions historically ranked within academia’s upper echelons, Harvard University has lately turned to high-tech innovation on an increasingly larger scale with progressively higher levels of sophistry.  In fact, the vast majority of other institutions of higher learning have done likewise.  Which comes as no surprise considering the immense benefits centralized online digitized scholarly archives offer.  However, high-prestige Harvard and colleagues offer far more besides purely academic research materials.

A little known fact is that Harvard University is the site where America’s oldest library system was first launched way back in the mid-1700s.  Since then, it’s grown to roughly 73 sub-libraries with an aggregate collection currently estimated as greater than 18 million volumes.  That impressive figure has earned Harvard well-deserved high acclaim as the 5th biggest library in the U.S.  Based solely on book volume alone, Harvard is our nation’s 3rd largest library, only after the U.S. Library of Congress and the Boston Public Library.

During early August 2012, administrators expanded operations to improve the overall efficiency of Harvard’s then badly fragmented library system with a redesigned consolidation to include all 73 libraries within one university-wide collaboration.  As a result, new functions were integrated system-wide to enable more focus on meeting user needs with unified service offerings.  Prime examples designed to facilitate equalized user accessibility are the access, preservation and technical services divisions.

Virtually every selection in any collection is listed in Harvard’s online library catalog called HOLLIS, which requires providing institutional affiliation credentials to login.  However, many special collections and archives are enhanced digital exhibits created by librarians, archivists and curators for immediate online public accessibility.  Here are just a handful of such collections:

While a massive work-in-progress at present, this collection will provide worldwide access to digitized images compiled from Harvard’s archival and manuscript holdings.  All items will pertain to 17th and 18th Century North American history and distributed via 12 different repositories.  Planned content topics include education, trade, finance, theology and U.S. geo and political origins.

A multidisciplinary collection of hi-def graphic digitized reproductions that currently include nearly 300 Islamic manuscripts and almost 400 published texts and maps.

Over 5,000 titles that include rare and unique Latin American literature published from the 19th to early 20th centuries, mainly in Chile, Cuba, Bolivia and Mexico.

More than 4,000 images of attorneys, jurists, high-profile political figures and legal theorists dating from the Middle Ages to late 20th-Century that were compiled from Harvard Law School’s digital collection.

Includes over 500,000 pages of text and 10,000 pages of manuscripts and early print books that were compiled from 10 different affiliated Harvard libraries and archives.  This collection also features two separate visual collections from world-renowned Francis A. Countway Library of Medicine, Center for the History of Medicine.

Provides access to hi-def resolution digitized imagery from most of Ms. Dickinson’s known surviving manuscripts and select transcripts and annotations from historical and scholarly research sources.

Digital Access to Scholarship at Harvard (DASH) is designed to provide the widest possible access with free public accessibility to fine scholarship via a centralized source of research published by Harvard scholars.  Over 16,000 scholarly research articles have been deposited and downloaded more than 3 million times since DASH was first launched during 2008.

Immigration in the United States

Preselected historic materials related to voluntary immigration to America that range from original signing of the U.S. Constitution to first onset of the Great Depression.  The collection features an estimated 1,800 books and pamphlets, 6,000 digital images, 200 maps and 13,000 manuscript and archive selections.

This collection encompasses more than 400,000 digitized texts and images dated from 1939 to 1967 that memorialize exceptional accomplishments of Unitarian Universalist Service Committee members who helped several hundred displaced Europeans during and after WWII.

As you can see from the examples above, there is a huge amount of information available in Harvard University’s digital collections.  Even more exciting is the fact that additional records are being digitized and added regularly.  It is easy to expect that Harvard will always have one of the largest digital collections available.