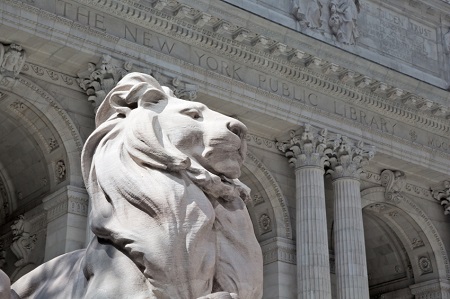 Like many large metropolitan locales in modern day life, New York State is continuously offering more in the area of full-scale digitized formats.  This is perfectly logical considering the many huge fringe benefits that digital collections offer that print versions simply can’t.  Besides not consuming finite quantities of scarce physical space, digital items are not affected by prolonged exposure to external elements over lengthy periods of time.  Not to mention being accessible by an infinite number of patrons simultaneously from widely dispersed locations anywhere around the world.

Thus, there’s hardly any wonder why the Empire State has taken a leading role by eagerly hopping aboard the bandwagon of electronic content warehouses.  To get a little taste of the various goodies and valuable treasures that lie free for the taking inside New York State’s digital public library system, read on.

New York State’s Library System first started digitizing official state government documents in 1995.  Since then, various collections have steadily grown to encompass a significant number of NY State publications that date back as far as the 18th Century. Moreover, some digital archives contain materials that feature historic subject matter between the 18th and early 20th centuries, such as the Civil and Revolutionary Wars, natural history, Native American culture and New York state laws.

At last count reported via the NYPL their collections contained an aggregate volume of 847,080 different items.  The library further advises visitors that the site is a “living database” with new items added daily that range from prints, to maps, to streaming video and much more.

While a vast majority of newer items were ‘born digital,’ most older selections are scanned versions of print copies maintained in various physical library system facilities.  Nevertheless, all digitized items can be freely accessed online, most often as .pdf documents.  Below is but a partial sampler of digitized content that is freely available to the general public:

You can find Eye on the Reich among the many photography collections.  It is an assortment of propaganda photographs from 1939-1942 that includes vivid illustrations of some of the various kinds of oppressive tactics employed by Nazi Germany.

The NYPL digital collections has a large amount of historical documents from the early days of the founding of the United States of America.  Some examples include the Alexander Hamilton, Thomas Jefferson, and James Madison papers.  The Jefferson papers include tidbit from the entire life of the former president.

On a lighter note you can find a collection of menus that have been digitized and can be searched for by restaurant name or by dish.  For example, you can search for all the menus that offered “curry and rice” as a dish and you will find the Occidental & Oriental Steamship as one of the restaurants where this dish was offered.

As the examples above should vividly illustrate, the NY State Digital Public Library affords ready access to explore whatever genealogical, historical, cultural or historical research materials your heart may love the most.  So why wait to take full advantage of this free resource?  Start planning your next virtual venture to the digital collection at the NYPL this very nanosecond.