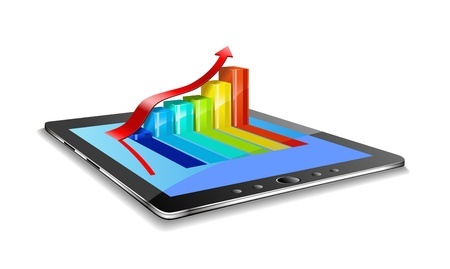 As well proven throughout the entire course of prior documented world history, virtually all revolutionary developments and breakthrough discoveries pave new paths to a vast plethora of careers that never existed before.  Given today’s high-tech Digital Information Age, recent news reports that data scientists are the latest craze and future wave of highest-paid wage earners hardly causes any wonder.

What is data science?

Probably due to prominent media reports in 2008 that DJ Patil and Jeff Hammerbacher defined their respective jobs at LinkedIn and Facebook as “data scientists,” the term is typically perceived as a lexis neology.  However, it was first coined nearly 6 decades ago by noted PC expert Peter Naur as a substitute for “computer science.”  By any name, data science is an interdisciplinary field that seeks to gain new insights from various data processing methods and systems.

What do data scientists do?

The U.S. Bureau of Labor Statistics (BLS) categorizes data scientists by specific job duties that may be lumped with statisticians, computer programmers or similar roles.  Regardless of particular nominal designation, these professionals have specialized training and skills that primarily focus on analyzing large amounts of data and information.  Indeed, BLS reports that many of the latest innovations were created for exclusive usage by workers that analyze large datasets.

Such specialized apps include computerized algorithms or programs designed to detect subtle patterns that may require several hundred runs to find any useful data.  However, data science work frequently begins long before the first launch of any software. This is because data scientists often consult with computer specialists to design compilation and aggregation methods that work best for specific raw data sources.

Once all the desired data is compiled, data scientists devise ways to store and organize massive quantities of newly collected data. Conventional storage media capacities are woefully insufficient for the massive amount of information today.  The next step is processing and cleaning data, commonly referred to as ‘scrubbing.’ This makes subsequent analyses more efficient and accurate, as scrubbing deletes superfluous and/or erroneous information.  When analyses are finished, data scientists construct charts, tables or other graphics to condense their findings in a visual format that provides an at-a-glance summary.

How do data scientists help businesses?

Data scientists’ primary job duties vary widely, depending on specific raw data sources and the intended purposes of their final analyses.  Below are some common types of data science tasks performed in different work settings.

Per an official BLS report as of May 2012, statisticians and computer programmers received median respective annual pay of $75,560 and $74,280.  Both figures are more than twice the median pay for all workers during the same time.  Moreover, BLS projects wage levels for math and computer-related occupations will continue outpacing all other occupational areas combined.  A Forbes Magazine article published in April 2015 cited two annual survey findings that revealed an annual median salary of $91,000 for junior data scientists, and well above $250,000 for supervisory data scientists.

Finally, BLS projects ‘faster than average’ growth in data science jobs of a whopping 27 percent through 2020, compared to 7 percent for all occupational segments.  This is consistent with recent McKinsey Global Institute estimates that the U.S. alone faces an acute shortage of 140,000 to 190,000 data scientists by 2018.

It has been reported that most data scientists have PhDs in their respective subspecialties.  Most employers advise prospective data scientists to expect a master’s degree as minimum entry-level educational credential.