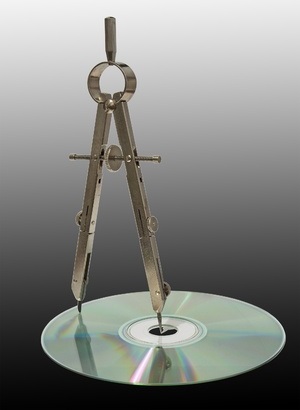 The Internet has forever changed the way we all live our lives.  We all now have access to an overwhelming amount of information whenever we want it.  Arguments over facts are a thing of the past.  Search engines can now answer virtually any question we might have.

Some of those answers direct us to something known as a digital collection or archive.  These digital collections are available because someone at some point decided to create a digital version of something that was previously only available in a physical format.  For example, you can now view digital copies of the Declaration of Independence and other historical documents.  The original documents were digitized and now anyone with access to the Internet can view them.

How documents are converted to digital formats

Very rare, old or elaborate printed books, magazines, photos, maps and other paper-based treasures are extremely fragile.  Thus, such jewels must be handled with an extremely delicate touch during the entire digitization process to avoid destroying the irreplaceable content of priceless value.  As you can expect, processing techniques entail manual tasks that are very time-consuming and tedious. In addition, vintage content must be digitized with ultra-high resolutions to enhance the visual details that might have been severely eroded by the passage of lengthy periods of time.

Why are digitization standards so important?

There are so many examples where digital standards would have avoided a lot of problems and expense.  The most high profile recent example is bluray versus HD-DVD as the standard for HD movie discs.  Another example is cell phone signals.

Virtually everyone is familiar with smartphones, but not everyone knows that there’re at least two configuration standards for wireless voice communication networks.  Each has a unique set of specs known in telecom parlance as ‘Code Division Multiple Access’ (CDMA) and ‘Global System for Mobile Communications’ (GSM).  Most companies have adapted the GSM format but a few utilize the CDMA protocol.  Verizon is a notable company that uses CDMA.  This is why Verizon cellphones used to be worthless for when people that owned them went to Europe, where GSM prevails.  Fortunately, modern cell phones do not have this problem as they come with dual antennas that can handle both CDMA and GSM signals.

What is perhaps the biggest digitization project in the world is known as the federal agencies digitization guidelines initiative.  It is a massive work presently in progress via national historic preservation efforts by collaborations between various U.S. government and non-profit organizations.  Reportedly, the main problem that participants currently face is the sheer enormity of several million records that remain to be digitized.  Their goal is to create common standards, guidelines and methods for digitizing historical content.

As our nation’s single largest historic document source, it’s perfectly logical that the U.S. Library of Congress (LOC) plays the lead role in the current efforts to devise standardized protocols that can be universally applied to all digitized U.S. government public records. Toward that end, the LOC has been expending tremendous resources to complete projects that are designed to facilitate easy access to its historical archives via centralized virtual databases.

For obvious reasons, national historic preservation through conversion to digitized records is a worthwhile endeavor.  Thus, creating and following standards for every aspect of the digitization process should likewise be a high priority.