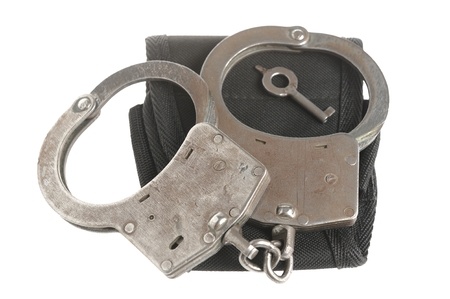 Before the late 1990s, if you wanted to conduct a criminal history check on someone you would have to hire a private detective or an employment screening agency to do it for you.  It was time consuming and it was expensive.  That all changed once the Internet came along and specialized high-tech tools emerged that allow people to search for criminal records in a matter of seconds.  Ever since then, online criminal background check sites have grown with a vengeance.  There are even mobile apps that allow you to search for criminal records.  There are specialized sites and apps that allow you to search for sex offenders near you and there are more generalized criminal records sites that claim to provide access to several billion gigabytes of data. They are all able to offer these services because court records are public records. They all offer access to this information for a relatively small fee.

The online search sites maintain data that ranges from prior felony convictions, to past misdemeanor arrests, to bankruptcy records, to business ownership, to local court files regarding judgments and liens, to full legal names and former maiden surnames, to known aliases, to DOBs, to current phone numbers, to physical street and email addresses.  They also provide information on both known and merely ‘suspected’ blood relatives and casual associates of criminal search subjects.

A particularly infamous posterchild held up high by online criminal background proponents is former University of Alabama Professor Amy Bishop. In 2010, Bishop became enraged because she believed her tenure would soon be denied. Consequently, she went into a murderous rage and shot six people on-campus, three of whom were her own colleagues who died as a result.  A subsequent investigation revealed a history of aggressive behavior that included one incident years earlier that was deemed an accident after Ms. Bishop shot her brother while cleaning a handgun.  Many believe that the incident could have been avoided entirely had an online background check been conducted on the professor prior to her being hired.

Given the huge amount of data that is mainly compiled by automated methods, it is quite understandable that inaccuracies, errors, omissions, and other problems can appear in these online databases.  Of course, these errors and mistakes can potentially have a pretty significant negative impact on someone’s life.

A 2013 National Employment Law Project (NELP) report found that nearly half of all FBI pre-hire rap sheets are incomplete, as they delete final case dispositions for charges initially filed in connection with subjects’ arrests.  That inexcusably high error rate purportedly creates an adverse prejudicial impact on an estimated 600,000 potentially qualified job applicants per year in the U.S alone.  This statistic is even more frightening, given a 2015 NELP report that found roughly one in three of all Americans have a criminal record.

Ban the Box is a civil rights campaign that aims to gather enough momentum to put sufficient pressure on governments to enact legislation to guarantee equal employment opportunities for ex-offenders. The box being referred to is the tiny square that is typically printed somewhere on every job application that asks the candidate if they have ever been convicted of any crime(s). The Ban the Box movement is based on the premise that such queries present major barriers to ex-offenders’ reentry into society as productive citizens.  This significantly increases criminal recidivism, which is bad for society-at-large in the long run.

Per credible report as of July 2015, at least 18 state legislatures in the United States had banned the box on applications for public civil service positions as well as those of certain private government contractors.  In addition, 52 municipalities throughout the U.S. had abolished the box from local government agency job application forms.  The sole exception in every case are jobs with ‘sensitive’ duties, such as childcare and law enforcement.

On November 2, 2015, President Barak Obama issued an official Directive to defer all federal agency criminal history checks during the pre-hire screening process.  That Executive act is widely predicted to push the U.S. government toward prohibiting disclosure of prior felony convictions as a precondition of federal employment.   During a public speech at New York State’s Rutgers University, Obama reportedly criticized the U.S. government’s widespread use of criminal histories to screen applicants out “before we even take a look at their qualifications”.  Of course, Obama’s actions are not surprising given data that shows that the vast majority of ex-offenders vote for Democrats as do the majority of unionized federal government employees.

Not everyone is a fan of the Ban the Box movement though.  It has sparked a backlash by some major private-sector industry players.  One notable dissenter is the U.S National Retail Federation, that purportedly opined businesses and their patrons will face greater exposure to crime.  Still another is the New Jersey Chamber of Commerce, which reportedly posited that Ban the Box could expose employers to adverse litigation by disappointed job applicants.

No sane person can possibly object to legitimate efforts to protect public safety and avoid unfair exposure to enormous financial losses and legal liabilities.  At the same time, however, one simply can’t ignore the many potential benefits of being able to turn around the lives of prior criminal offenders.