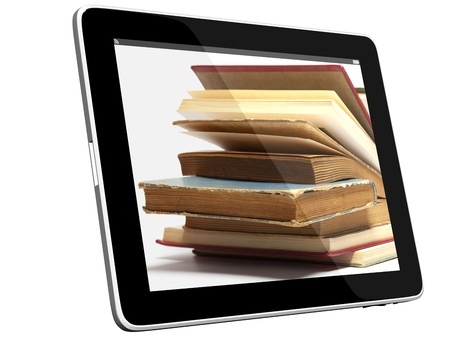 Odds are most folks reading this have at least vague awareness of the Digital Public Library of America (DPLA).  However, odds are equally high that very few know about how much good stuff of great value can be had for free at the DPLA.

To lend a helping hand to prospective digital library patrons in distress, we proudly offer the brief outline below that hopes to provide a base guide for getting around inside the DPLA’S huge virtual vaults.

The DPLA has a stated founding purpose to promote universal knowledge via a specialized learning tool professional librarians denote as a “union catalog.”  Unlike old familiar Dewey Decimal Systems, new-age union catalogs provide comprehensive descriptions of all public-domain digital resources that can be freely accessed in the entire country.

Towards this ambitious goal, DPLA executive administrators self-purportedly strive to unify vastly dispersed virtual digitized research sources like the Internet Archive, the Library of Congress and other various scholarly collections of significance and relevance.

At last count as of late 2015, the vast DLPA union catalog listed a staggering aggregate sum totaling 11,544,156 items. All of the items in the collection were compiled from or donated by various libraries, archives and museums across the United States.  This entire massive collaborative mechanism works much like a hub-and-spoke wheel system that revolves with perpetual motion.  Each respective original ‘hub’ source initially submits and regularly updates individual selections.  DPLA collections can be searched by chronological timeline, visual map, virtual bookshelf and/or multi-faceted query.  You can even save and share customized listings, view digitized exhibitions and utilize specialized interactive apps via the DPLA’s app library.

The DPLA was originally launched in 2013 and many of its strategic partnerships and projects are currently works-in-progress.  Below is a brief listing of but a few of the developments currently underway at the digital library:

Getting it right on rights

Backed with funding by a John S. & James L. Knight News Challenge Grant, this project is designed to create a streamlined structure in copyrights to content within various library, archive and museum collections.  A major secondary goal of DPLA’s “Getting it Right on Rights” initiative is to develop standardized best practice rules that reduce institutions’ risk of publishing content for public access.

Hydra in a box

Via strategic partnerships with DuraSpace and Stanford University, the DPLA has big plans to expand its present Hydra Project codebase and vibrant user community into a resilient digital repository that’s feature rich, flexible and user-friendly.  Dubbed “Hydra in a Box,” this future-generation digitized repository scheme will be designed to support institutional network distribution via a sustainable nationwide platform.

The DPLA is purportedly a very active contributor to ebook landscapes via several projects, especially those listed below:

A generous Alfred P. Sloan Foundation endowment has enabled DPLA to facilitate exploration of ebooks and their future directions, as well as best ways that DPLA and strategic partners can help forward progress.

This outreach project seeks to form new collaborations with existing DPLA service hubs to provide public librarians with specialized training in digitized content access that allows them to connect with various localized resources.

So if you haven’t already checked out the DPLA it might be time you did.